These artworks were used for documentation for the exhibition at WomanMade Gallery, Chicago,IL, USA, 2003 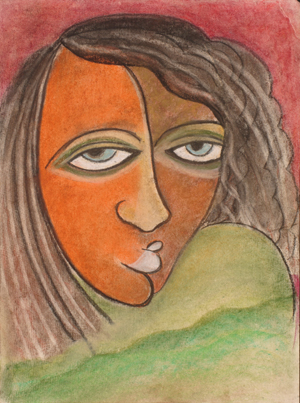 Trauma of being a witness to communal riots…
Every night when darkness would begin to creep …the fear of being hacked or the fear of a mother of teenager children traumatized me… It was 27th February….Forensic reports suggested that petrol was poured on the s-6 carriage of the Sabarmati express train and then set alight. And 26 women, 12 children and 20 men passengers burnt alive locked inside. It was like living in barbaric society! The reaction of the incident turned society intolerant, emotions high, tempers flared, arson and looting, an aftermath which was a blob on human integrity.

Even the rustle of a leaf would leave me trembling with fear, anxiety, numbing of emotions and hyper vigilant. The horror of the barbarism still haunts me …..
I am a woman artist of Indian origin. I live in a city called Baroda in Gujarat. India is a land with multi cultural, multi ethnic and multi religious society. The constitution speaks of secularism and yet when the dragon of hatred permeates in the minds of so called soldiers of faith…it creates fissures in the different communities and societies at large.

THE GODHRA CARNAGE was a skullduggery… on human mankind. The trauma of violence still agonizes me. 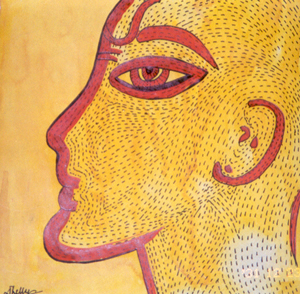 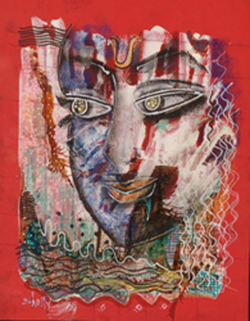 His head hung in shame
His land is not what he dreamt of.. His people are not ..
Who he instilled faith in..

as if bleeding with tears..

*Mahatma is referred to Mahatma Gandhi who preached non violence to the world and ironically the riots took place in his home town.