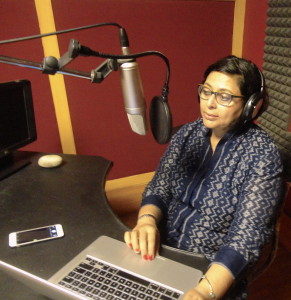 I have been writing poems as a young girl of 14. It was a way of explaining the world to myself. I had no theories about what a poem might mean in a cultural or artistic sense and had no idea of communicating with anyone else other than my family members. In my 20s -30’s, I still wrote to understand the world, but my sense of what ‘the world’ was changed.I became aware of the experience of others and mine over a period of time and the way other people expressed themselves and became more aware of the life, its challenges that we undergo on every day. In the young days, my poems were recorded by All India Radio in my voice circa late 70’s.Later in early 2000, my poems started to get  published  by Sahitya Akademi (English literature section) along with my artworks many times.

Poetry and art became my artistic endeavour or a cultural artefact to narrate my anguish as time.  When I go in deeper inquiry of my subject, I am so overwhelmed with the substance of the topic that gushing words pour and so do the tears stream as I wrote my thoughts on the paper. I understood that as catharsis of the moment that leads me to visually create and write. My pouring words are like a lighthouse that stands on wounds of my emotions.

Nowadays, I create poetry as multi-media presentations under ‘Magic-lantern series’ by sharing verses through social-video communication reality of 21st century, reaching out to people touching upon the idea of swadharma, , sarvodaya, swadeshi and swaraj  inspired by Gandhi’s experiments of his satyagrahas.

His head hung in shame

His land is not what he dreamt of

His people are not who he instilled faith in

His eyes shut — as if bleeding with tears

His ears shut – with the communal cacophony.

Like his three monkeys on my table, I feel 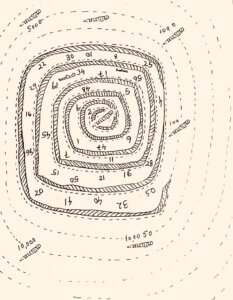 Corpses too many seems unreal

Too many people dyeing

Too many people leaving us soon

Circling around as if revenging 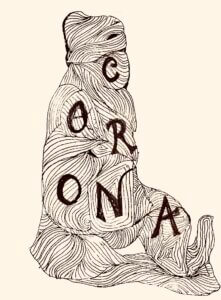 To heal, design and weave
The new fabric of life
Sediments of humanity
Hung on the fossils of threads 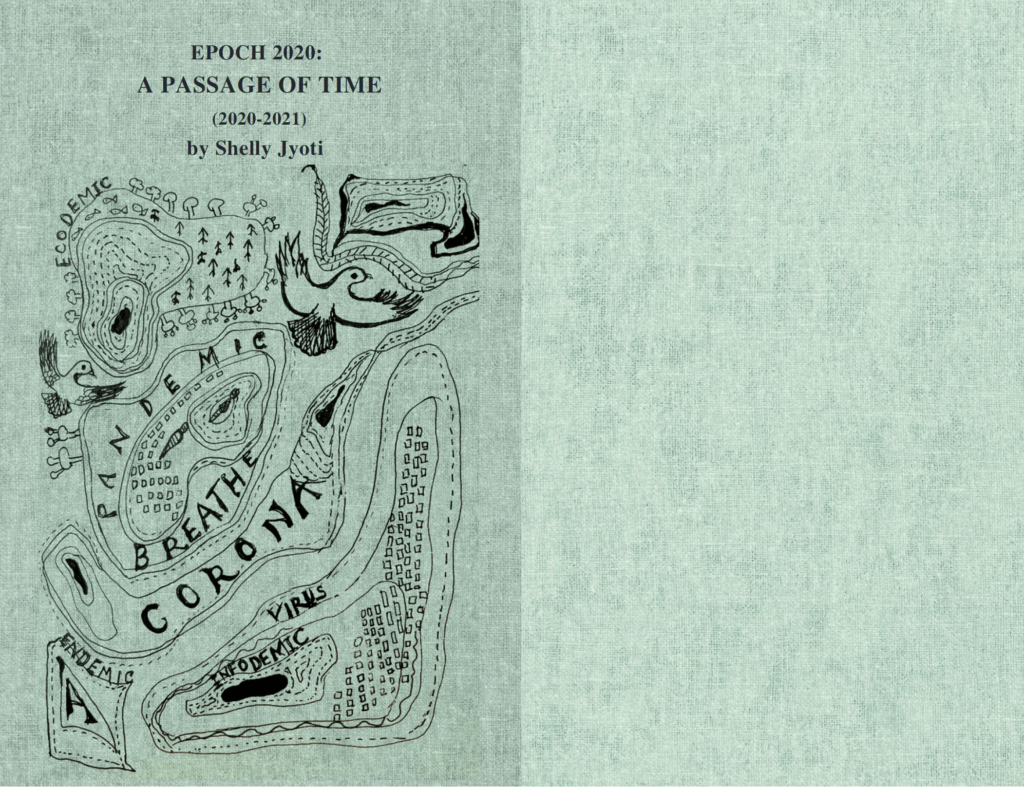