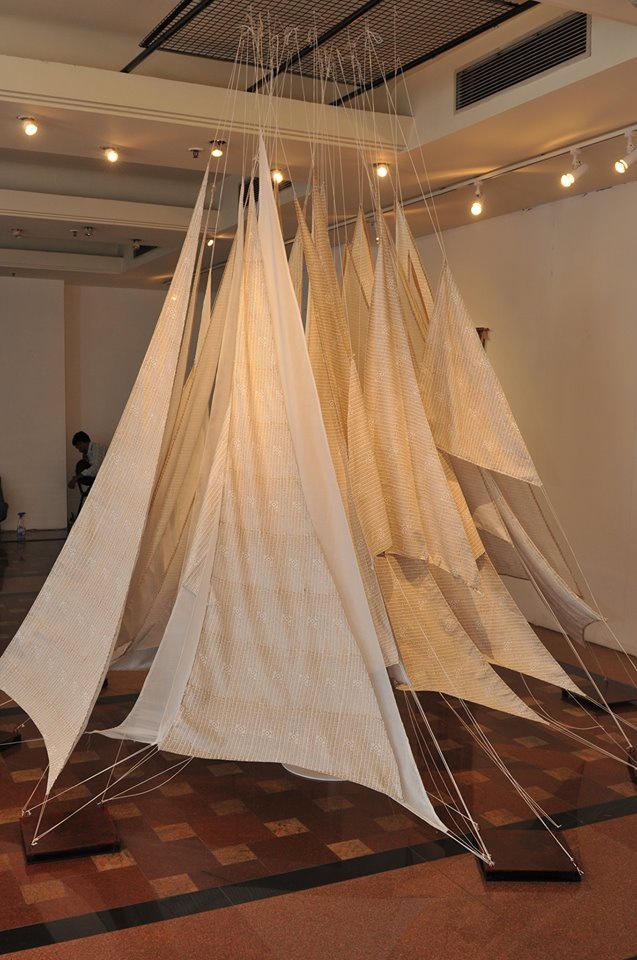 “I learnt from my illiterate but wise mother that all rights to be deserved and preserved came from duty well done. Thus, the very right to live accrues to us only when we do the duty of citizenship of the world. From this one fundamental statement, perhaps it is easy enough to define the duties of Man and of Woman and correlate every right to some corresponding duty to be first performed”  –Mahatma Gandhi wrote to Julian Huxley, Director General, UNESCO (May 1947)

Exploring salt as a symbol of non-violence and investigating the sarvodaya theory in the practice of nonviolence, tolerance, peace and harmony through the narratives of swadeshi politics, these works  draw upon the history of India’s colonial past and Mahatma Gandhi’s 1930 Dandi March, which began the Salt Satyagraha and became an important part of the Indian independence movement. In her new series, ‘Salt: The Great march 2013’, artist Shelly Jyoti explores the possibilities of establishing alternative societies where Gandhian ideals of ‘swadharma’ and ‘sarvodaya’ could be adhered to and sustained with sincere implementation. In a society where patriarchal values threaten the free existence of women, the artist feels that re-introducing Gandhian ideals with critical changes would function as a correctional force. 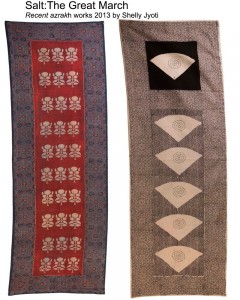 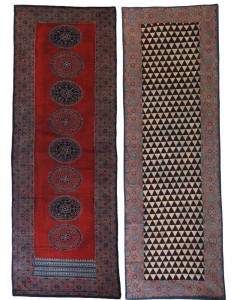 Re-Building: A Sense of Nationalism  by Shelly jyoti