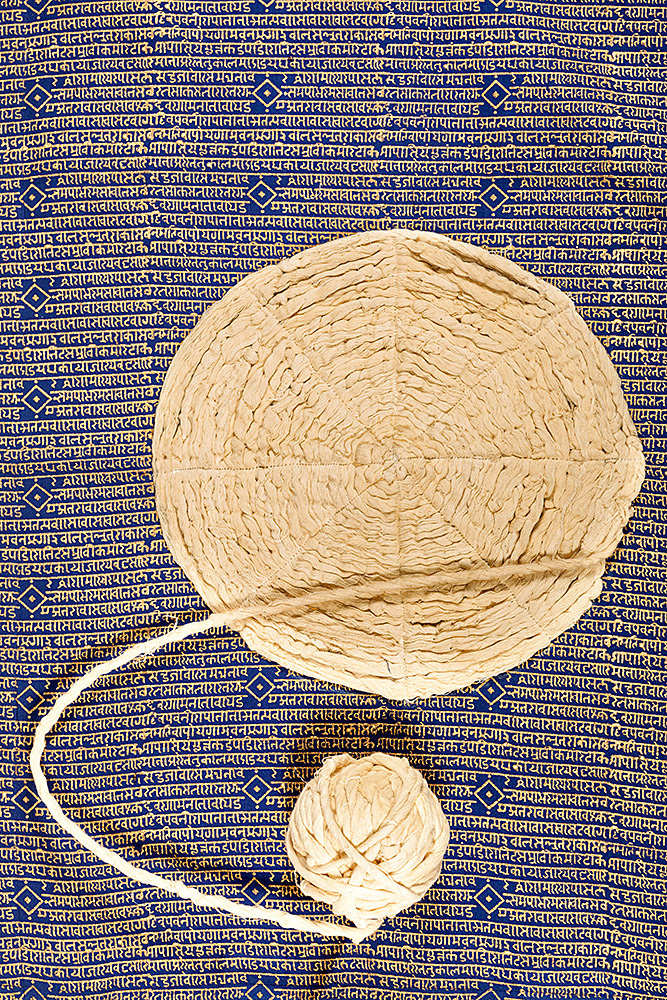 Abstract :My paper is an attempt to theorize my own artwork ‘Salt: The Great March 2013-14’ series I& II- A visual Art project. The Salt March series explore salt as a symbol of non-violence. The project is inspired by the Gandhi’s theory of satyagrah- a challenge to ones own truth with stress on self-purification, self-examination and self-assessment. Satyagrah stimulates our conscience and soul searching for the upliftment of all (sarvodaya). The “Salt” series explore khadi as a contemporary social movement visualized through art and traditional craft traditions and processes, seeking out the possibilities of bringing the khadi spirit into our daily lives. If by spinning, weaving and wearing khadi, can the commitment to individual action bring about a sense of pride in our nation in the 21st century? Can such an action bring about nationalistic feeling and significant changes in our society? The “Salt” series is a continuation of my earlier series, ‘Indigo Narratives (2008-14) that were inspired by an anti-colonial, nonviolence movement that took place in 1917-18 and also Gandhi’s first non-violence protest ‘champaran’ movement for indigo farmers in India. The works feature site-specific khadi fabric installations including clothing, 40 artworks utilizing Ajarkh textile traditions on khadi fabric and spoken poetry video film. To draw from ‘Parapolitics: Toward the City of Man’, can modern societies become genuine moral communities? According to Gandhi, they can. Gandhi’s vision of a Sarvodayan society is embryonic, but nonetheless engaging and stimulating explaining swadharma for individuals defining traditions and duty clearly. These works have been exhibited at IGNCA (Indira Gandhi National Centre for Arts) New Delhi (Sept-Oct 2013):India International Centre, New Delhi (September 2014): The Museum Dakshin Chitra, Chennai (Oct -Nov2014) Lectures of the above at IGNCA New Delhi , Lalit kala Academy , Chennai, Apparao Galleries Chennai, New Delhi  2013-14 Scheduled venues: Baroda (2015): Gandhi memorial Centre Washington Dc 2015.