Initially, Gandhi popularized his swadeshi ideas primarily through public speeches that he gave and articles that he wrote, as well as through the promotion of a new style of dress. Eventually, swadeshi proponents adopted the use of ‘magic’ lantern slideshows to promote swadeshi politics through exhibition and tours that were organized in every corner of India. ‘Magic’ lantern slide presentations became a popular new technology of communication in the 1870s alongside film which would developed in the 1890s.

Shelly Jyoti has created her own version of the ‘Magic’ lantern presentation popularized during the nationalist period, sharing 143 lines poetry, ‘Just 5 meters- An urban appeal,’ through today’s technology. Her aim is to inspire India’s 30 crore urban dwelling population to pause and to consider their ‘swadharma’ towards their nation.

he poem was written following my own 2013 visit to Dandi, the final destination of Gandhi’s eventful Salt March of 1930. Meeting and listening to veteran freedom fighters, including Acharya Dhirubhai and Gosaibhai Patel, both inspired and troubled me. They spoke not only about their own participation in the freedom struggle, but also about the un-fulfilled dreams they had for the independent India they helped to bring into being. So many in India today live without regular access to electricity and other basic amenities, including quality education. Seven decades after independence, I began to wonder how improved were the lives of our villagers? Might village India be better off today had they achieved the self-sufficiency and autonomy Gandhi had advocated? Gandhi’s idea of’ swadharma’ assumed even more meaning in this light. Why couldn’t India’s 30 crore urban population, who have been the primary beneficiaries of economic growth and modern economy, support their fellow countrymen in villages by supporting the revival and expansion of a hand spinning and weaving cottage industry? 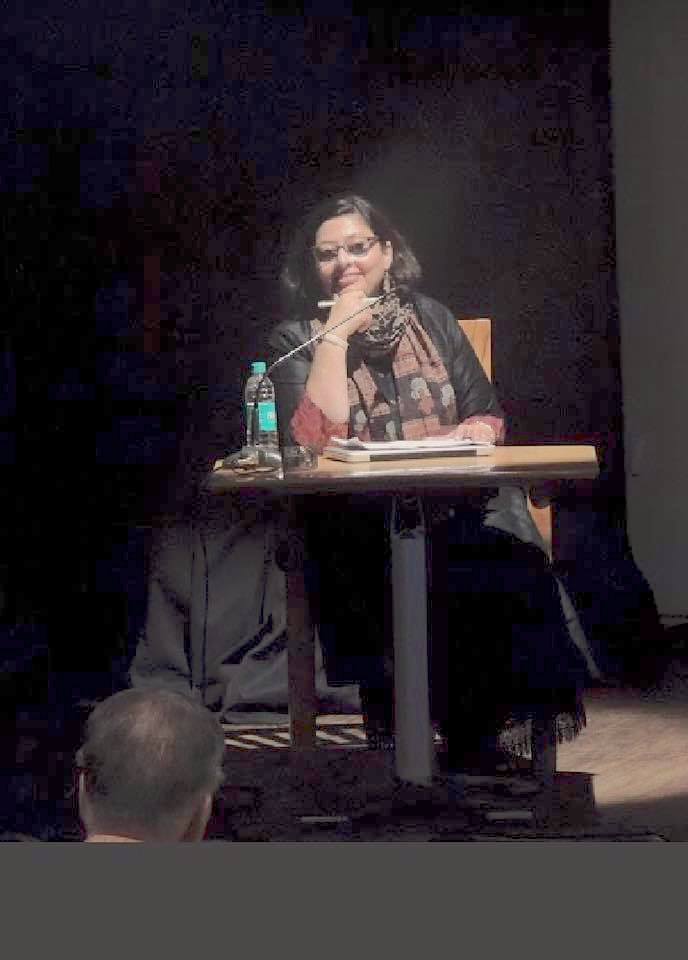 A video by Yes Institute of culture :Khadi: A Social Equalizer.
A Short Video under YES Institute ‘Craft in India’ Series

PANEL DISCUSSION:’The poetics of khadi cutting across time and space’