By Shelly Jyoti Artist, Designer, Poet and an independent curator 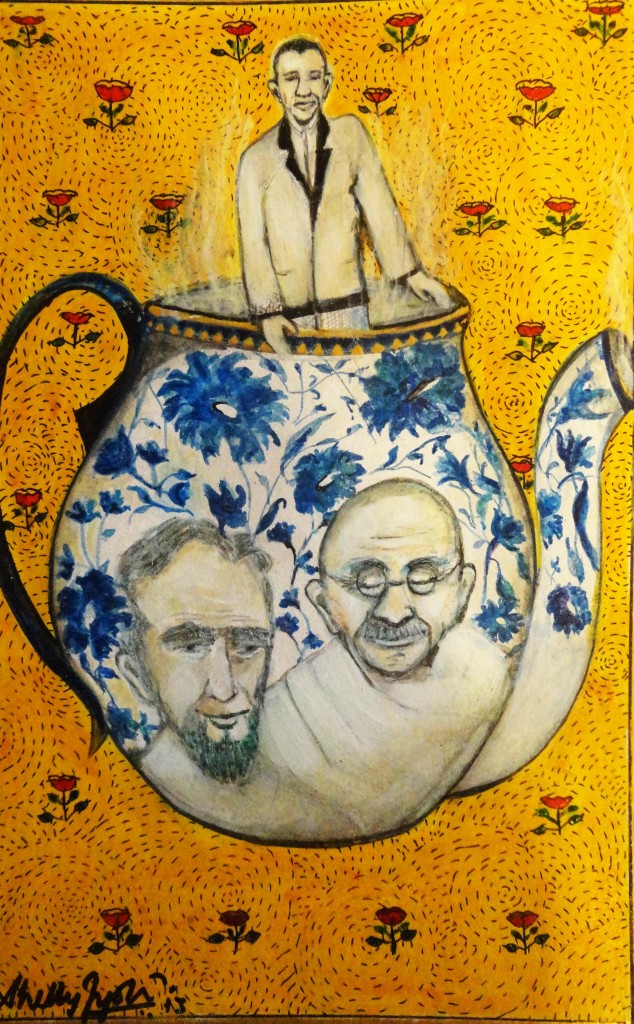 Erik H. Erikson records in his book “Gandhi’s Truths” that when Mahatma Gandhi met with the British viceroy in 1930 after the Indian salt protest campaign, Gandhi took some duty-free salt from his shawl and said with a smile that the salt should ” remind you of the famous Boston Tea Party’.

From the Boston Tea Party to Gandhi’s Salt March, struggles over economic issues have historically had great importance in anticolonial movements. This artwork has multiple parallels and references of Boston Tea party, blue pottery from china and Obama’s self-confessed wisdom derived from Lincoln and Gandhi.

Abstract: Using a visual language , I am exploring  within my recent artwork titled  ‘Lincoln ,Gandhi and Obama: A visual dialogue’(2013)  the commonalities between legends Lincoln and Gandhi, the two great political leaders of their times who fought for the freedom of their countrymen . Further they both have been personal mentors and inspiration to Obama . I am attempting to create the imagery in Persian miniature art form engaging by weaving a dialogue between Lincoln, Gandhi and Obama . As a contemporary artist, my works are centred on historical iconographic elements within the cultural context of Indian history. I explore and construct the hermeneutics of period histories, its contemporary representation of socio-economic and political inquiry within my art practice. This artwork is an extension of my previous projects ‘Salt: The Great March’(2013) and ‘Indigo Narratives’(2009-13) which examined Gandhiji’s involvement in freedom struggle as an anti-colonial resistant movements.

My paper would explore in facilitating a visual dialogue and also investigating the technique of traditional miniature artwork that originated from Persia and came in India through Mughals and still prevent in India in different styles.

‘Lincoln, Gandhi and Obama: A visual dialogue’(2013)  series of artworks will be discussed by   Mandakini V Jha(Dept of Sociology M.S university Baroda)in her paper titled “A Painting on Lincoln: Sociological Theory , Art and Artists” 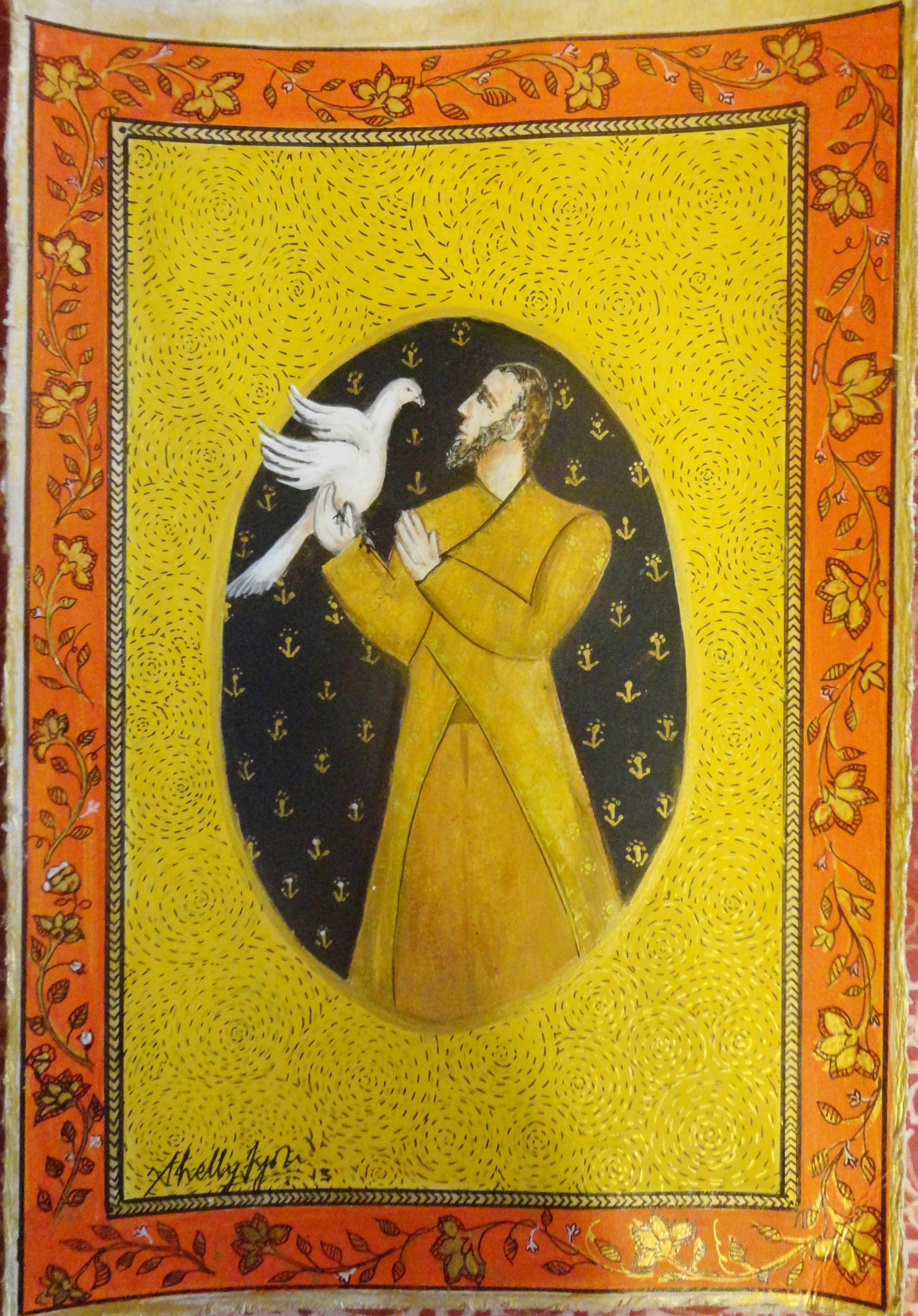 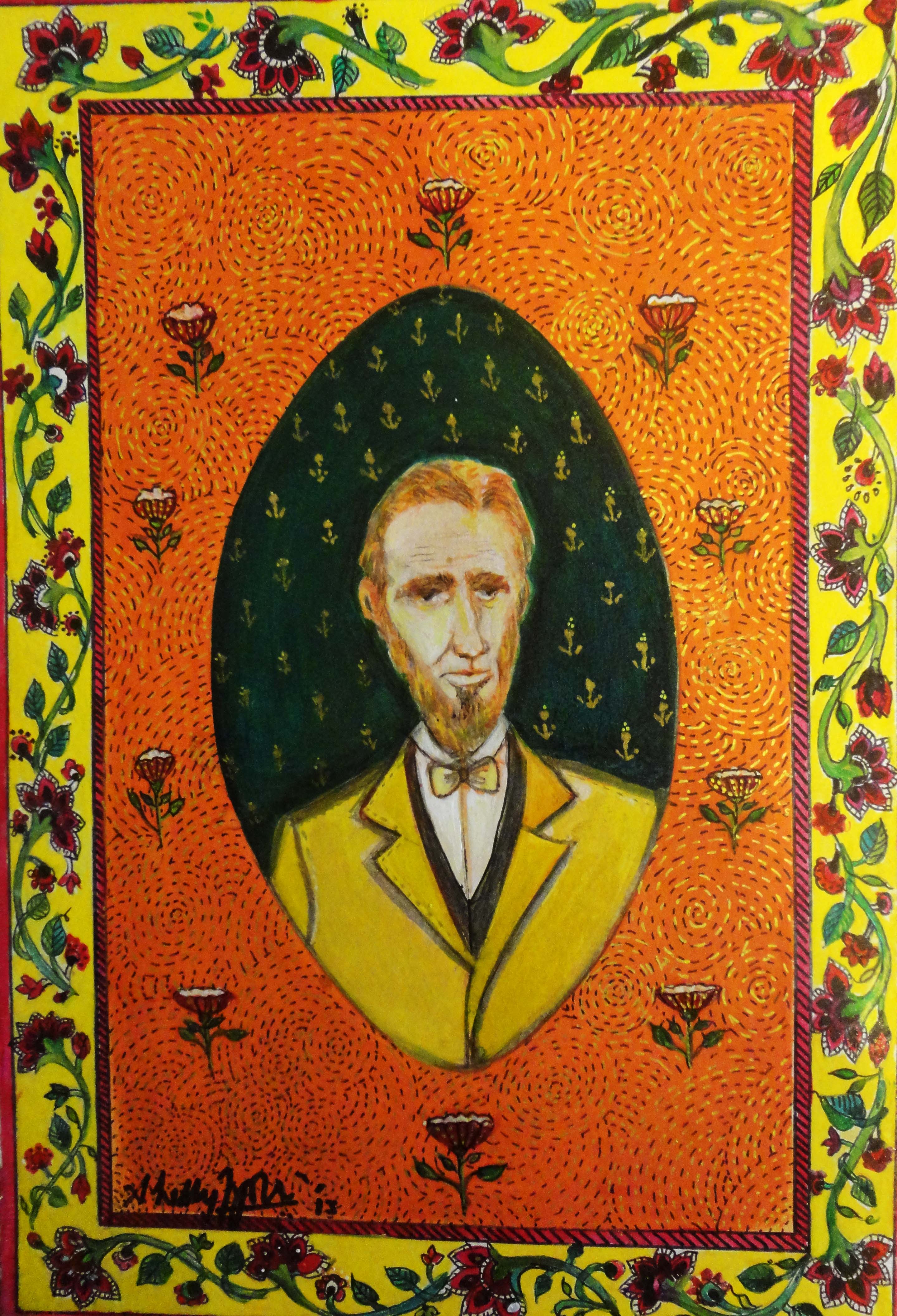